100+ Women Who Care Southern Maine is in the News! 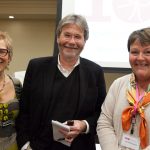 Nov 2017
Portland Press Herald Nov 2017
It was such an honor to have Bill Nemitz from the Portland Press Herald at our 3rd anniversary celebration! Bill’s article about 100WWCSM in the Maine Sunday Telegram has made an immediate impact! Since Sunday, 100+ Women Who Care Southern Maine gained 14 NEW MEMBERS!!! AMAZING!!!
That means thanks to Bill an additional $2800.dollars will go to grassroots Southern Maine causes and I’m certain more in the days to come. 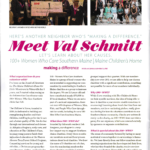 May 2017
Falmouth | Cumberland Links Magazine May 2017
Information Coordinator, Val Schmitt, was profiled for her volunteer efforts with 100+ Women Who Care Southern Maine in this local magazine. 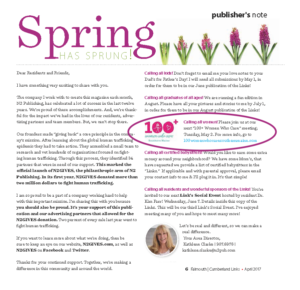 November 14, 2016
Fifty dollars by itself doesn’t make too big of an impact
WCSH6 207 with Rob Nesbitt
But multiply that by almost 200 and you have a different story. Around 200 women attend the four meetings that 100 Women Who Care Southern Maine puts on a year. Each giving $50 to a local charity that the group chooses by voting. 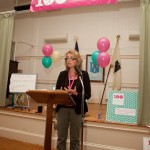 December 7, 2015
Maine women gather to ‘give back,’ build community
Bangor Daily News with Beth Brogan
Based on the national organization 100+ Who Care, the southern Maine chapter is one of nearly 350 around the world. Members of the group — nearing 200 women from 16 to 70 years of age — meet quarterly to learn about different organizations that help people in need and contribute $50 each to one of those groups.

May 22, 2015
Out of the Mouths of Babes. What it’s like to have a disability.
Catching Health with Diane Atwood
“For what seemed like an eternity, but was barely a minute, Shannon Grady’s third graders at Small School in South Portland had to pair up and stare at each other. There was a lot of fidgeting and giggling and glancing around.” 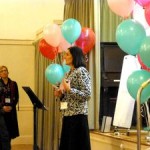 May 2015
Maine Women Magazine
February 18, 2015
100 Women Come Together to Support Charities
Maine Women Magazine – KeepMeCurrent.com
“Barbara Bonetti, whose son is in the U.S. Army, has seen first hand the impact that war can have on military members.

“He was deployed, and I did, sadly, witness some of the hidden scars of war, the PTSD that came home with him after war,” said Bonetti, of South Portland…” 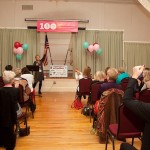 The concept behind the group is fairly straightforward. Four times a year, we meet and each of us writes a $50 check to a local charity or non-profit. (One we have voted on)…” 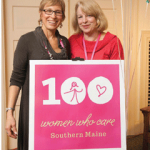 November 17, 2014
New group, 100 Women Who Care Southern Maine, donates over $5,000 to Simple Gifts
Portland Daily Sun
“Eighty women were in attendance last Thursday evening when members of 100 Women Who Care Southern Maine held their inaugural meeting at The Woodfords Club in Portland. Founded by Deb Bergeron of Falmouth, the group meets quarterly, operating as a “giving circle.” Each woman donates $50 and votes on one of three nominated local nonprofits to receive the collective amount….” 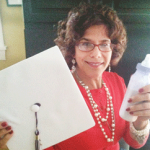 November 6, 2014
100 Women Who Care Southern Maine’ launches in time to give thanks
Portland Daily Sun
“The revitalization of organized “giving circles” is on the rise. Fifty percent networking and fifty percent social gathering, the giving circle is a democratic process with no negative political fallout. Collectively, a group chooses a single nonprofit to receive a lump sum made up of equal contributions by all. The end result is hundred percent philanthropic….”